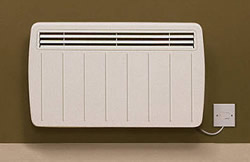 Learn More About This Unit Type:

Electric heating is a process of converting electricity into heat, and it’s as simple as using a transistor to facilitate the conversion.

To convert the electric energy produced into heat, its current passes through a resistor, which then changes this type of energy to heat, so you can keep yourself warm especially during winters and nighttime. In some instances, the device may include a fan, which simply derives its heat from another source such as geothermal before it’s introduced to your space.

This is its basic principle, though. Going deeper, you’ll come across different kinds of electric heating systems. One of these is called convection heaters. They produce hot air, which is the one that’s used to heat up a room.

There’s also the storage heater, which is called as such since its main job is to store heat. It is then later used as nighttime to take advantage of a lower utility cost.

It’s known that any system that requires to be kept cold or hot consumes a lot of energy so it can maintain its temperature. For this reason alone, it becomes mandatory to check your electric heating systems regularly. It’s possible that your electric heating system already has leaks or getting old it only eats up a huge chunk of your daily electricity rate and schedule.

How Convection Heaters Work. These heaters all use what’s called a convection coil. This coil heats with electricity, and then a fan inside the unit blows it to where it needs to go. Some types of heaters don’t use a fan, but make use of physics, where hot air rises automatically from a location such as a basement.

Convection heaters work well for keeping an entire room or larger space warm, and they are most efficient for this purpose.

How Storage Heaters Work. These heaters work the best if you simply want to stay warmer at night. They typically draw in electricity at night when electricity rates are lower. Heating elements are embedded in a material such as ceramic or brick, which stores the heat. At night, this heat gets released, which works well for heating a room. Some of these units have fans to help with the heating, while others use convection.

These heaters can be more expensive upfront than using other types, but the electricity usage is usually cheaper. 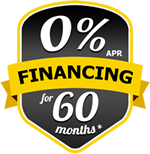